New Orleans is like the dirty cousin New York and Paris grew up with.

Big cities love their kin but frown when the holidays come around and it shows up with torn stockings and a gleam in its eye. The prankster, the practical joker, the gorgeous but rebellious teenager. There’s elegance in the veins of this city, mixed so well with old school grunge the two seem to exist as parts of a whole.

This trip on a whim was born from the event of a friend offering me a spot in a half marathon. I’m excited to say I finished in 1:29:13, a personal best, but I agreed to come mostly for the opportunity to see this notorious city of the South.

The drive from Houston to New Orleans was long and flat. Open skies and murky water, glimpses of what might have been fall in the edges of rusty leaves. The sun set shortly after we crossed into Louisiana, a rainbow on the edge of the sky blending with lush branches whose heavy leaves drooped into still waters below.

We drove over miles of water.

There’s not much to look at on these roads, uneven and grinding. The same seven chain restaurants, the same shuttered houses and roadside advertisements for meals that induce nausea with their names. 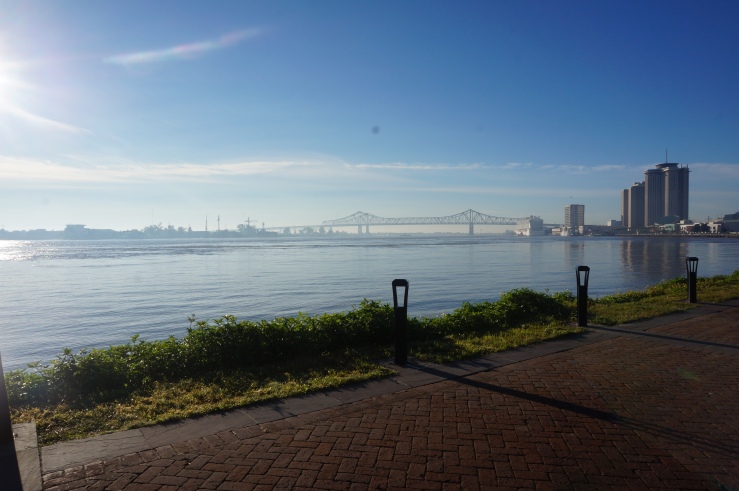 We stayed in the French Quarter, an area where each building has a personality. A history. At Hotel Chateau, a quiet refuge between the rowdiness of Bourbon Street and the tranquility of the path along the Mississippi, we found a gorgeous place to rest our heads. As my friends and I were escorted to our room, the man carrying our (real, bronze colored) keys informed us the building had been both a mansion and a brothel… and was definitely not haunted.

But what is a hotel in the heart of New Orleans without a good story? On Friday night we must have passed a dozen separate ghost tours, the strident voices of natural-born storytellers echoing across the pavement as they outlined the dramatic events that belonged to each separate heap of brick and mortar. 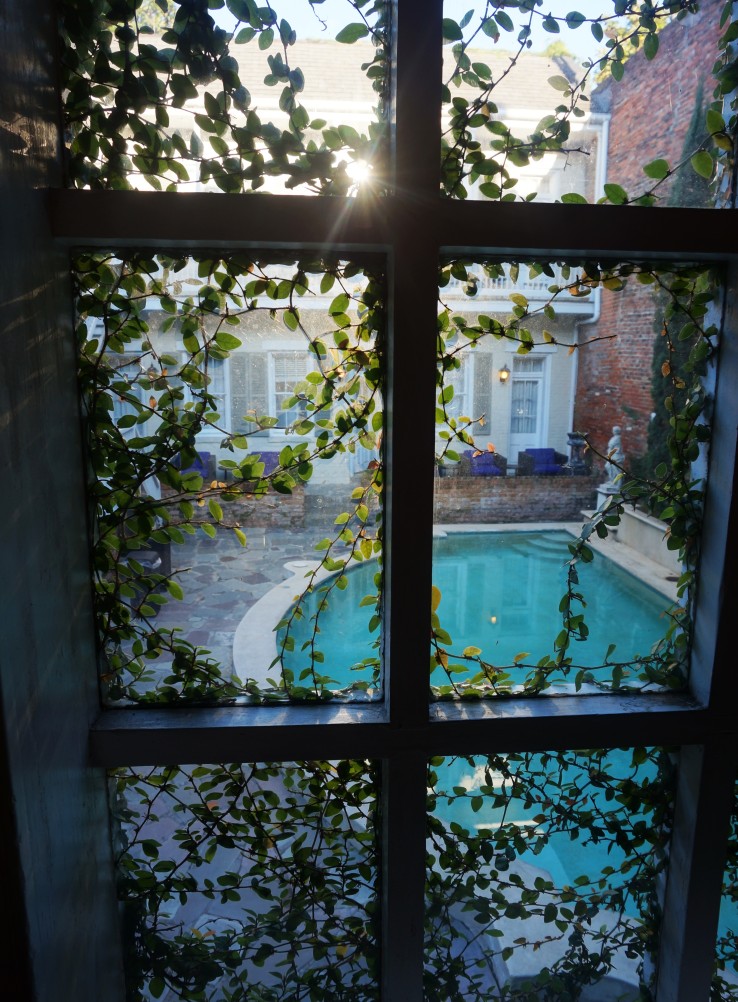 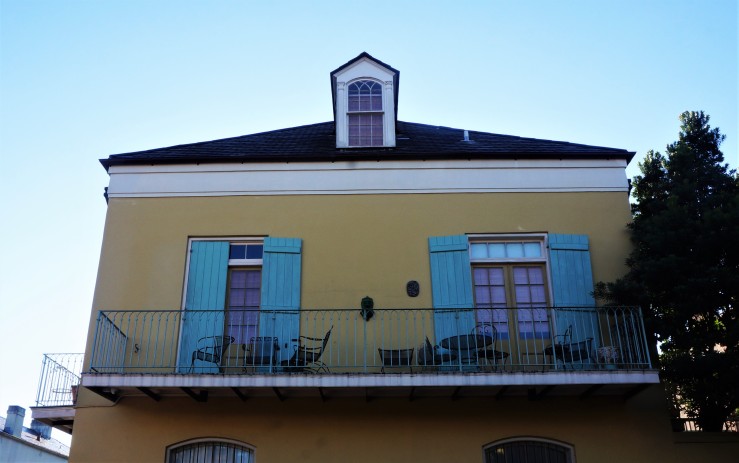 New Orleans, in the daylight, is beautiful. I wish I’d had longer to explore. At the same time, this is one of those places whose heart you can catch a glimpse of in a short time, if you’re looking hard enough.

Throughout the city there is a noticeable amount of European influence- intricate ironwork that appears deceptively delicate, small tables and chairs lining eateries, French words written in cursive to enhance their foreign appeal…

But the way the buildings are shaped and grown echos the city’s Southern roots far more than its vaguely Parisian vibe. Spacious balconies hang precariously from windowsills, inviting one to lounge in the sun. You can visualize shutting your eyes beneath the brim of a wide, soft hat on a broiling day, sipping something cold and sweet with ice, letting your body melt into your chair, listening to the chatter of anyone out and about below…

The city is consciously, constantly alive. Not in the way New York is, that always busy, go-go-go sort of way, but in a way that suggests there may be a soul to this city pulsing life into it.

We spend Saturday wandering the streets. In the afternoon the city is well lit and filled with the chatter of conversation, clinking glasses and cutlery, the hum of light but steady traffic. As night moves in we witness the transformation into a sort of ritualistic fervor, as if we’ve taken the staircase in an old folk tale and followed it to the ballroom beneath the lake. 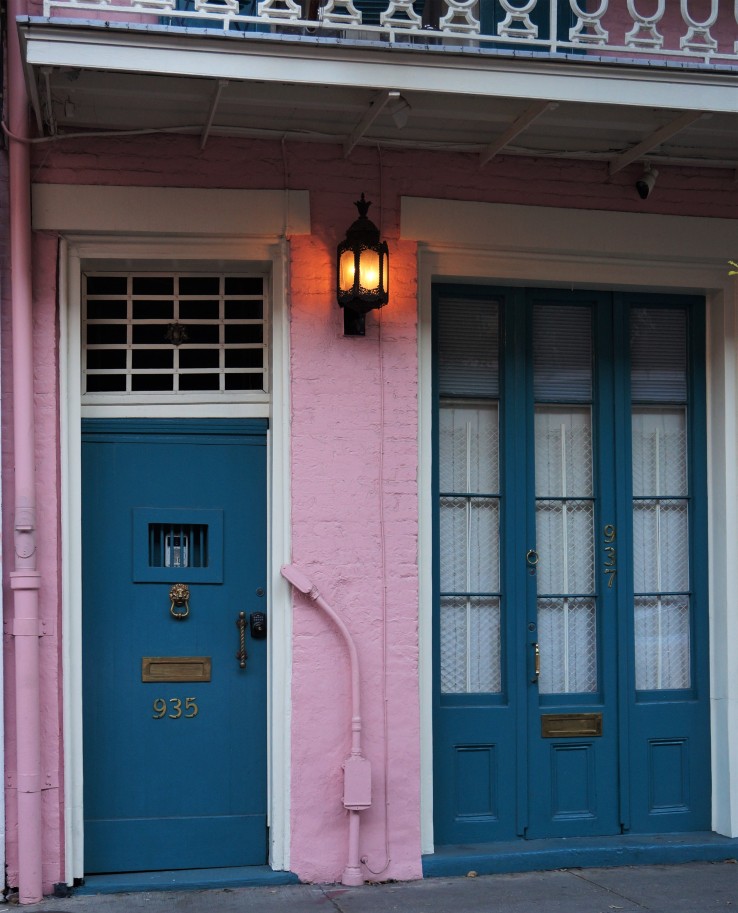 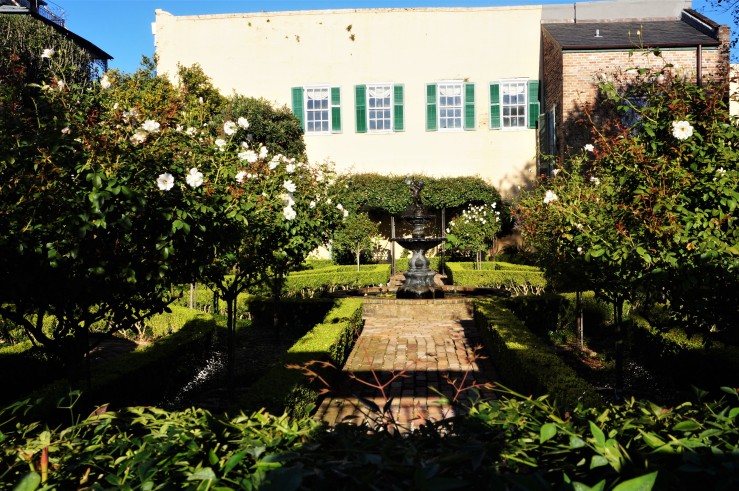 At night in New Orleans there is only one type of photograph you are going to end up with, so you’ll understand why none appear here. Perhaps my understanding of the scene after dusk is blurred by the colorful drinks I sipped as we walked from karaoke to an 80s bar to a rap club, beneath a starless sky in which hung a single, glowing crescent. We floated between rooms full of music and shouting and bodies packed close. Colors blurred and swam in the peculiar way that encourages you to throw your head back, move your body and embrace the release that brings us all together on nights like these, in towns like this.

On Sunday morning I abandoned our hotel room to catch one last eyeful of this world and was surprised to find, not the trashed aftermath of a wild weekend, but a public awake and happy to be alive. A man with feathers reaching from the top of his hat walked down the sidewalk, chipper as ever. Several solitary souls were out walking their dogs. As is the norm in the South, everyone I walked past said “good morning”, clear-eyed and without mumbling.

There is so much more history and culture here that I am unaware of, I’m sure. For tourists it is ghosts and voodoo, witch shops and palm readings and hip clubs blasting rap with a bass so loud you feel it beneath your ribcage.

But there is something beneath New Orleans that is much deeper and stronger than I would have guessed, something in the blood that runs in its veins that makes it the absolutely unique place that it is. An utterly foreign land that happens to reside on American soil.

If you need a place to lose yourself for a moment, to immerse yourself in something beautiful and shocking, unruly and delicate all at once, well… this is the place to go. 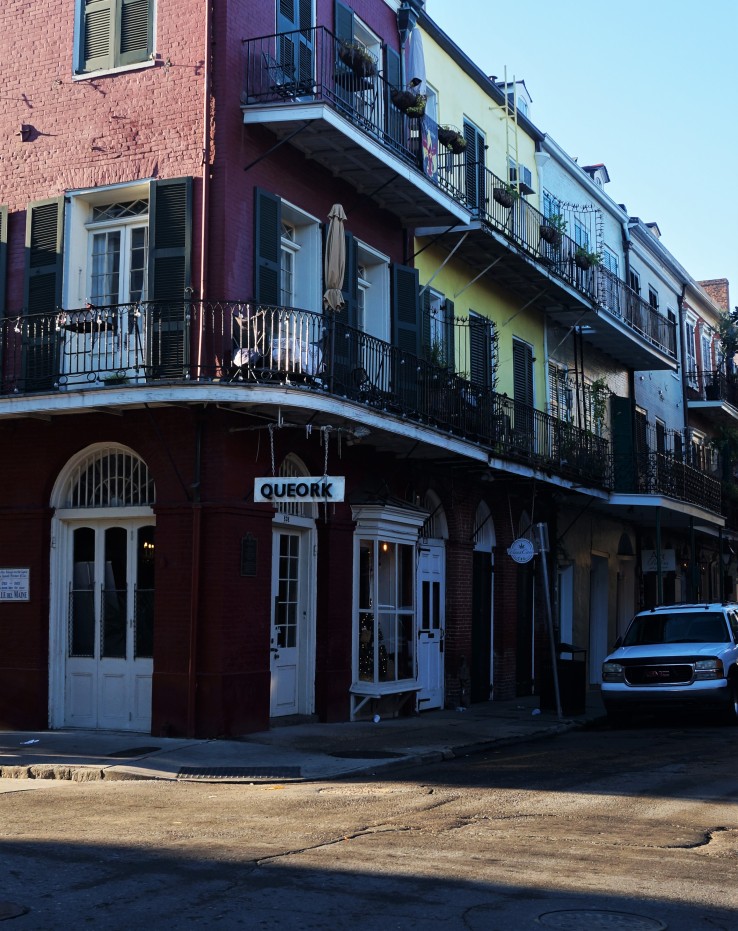