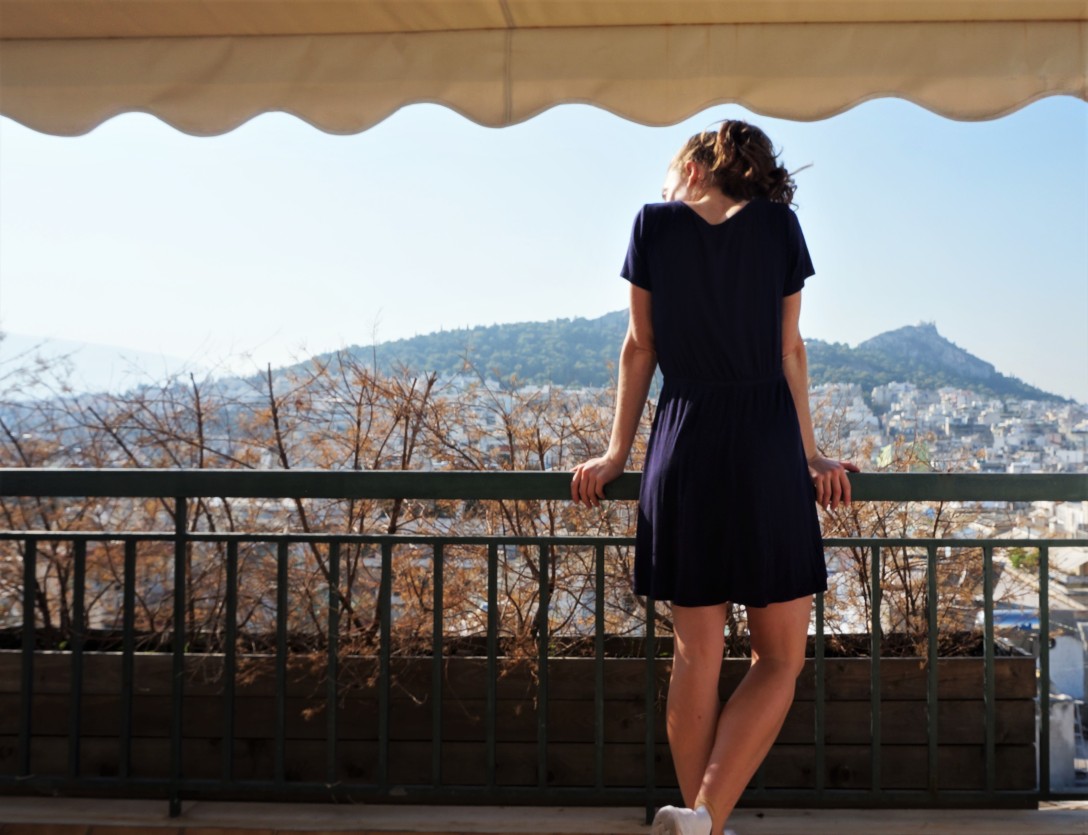 When I visit a city, I want to see more than the images circulated in glossy travel magazines. The beauty of a beach where sparkling water clings to white shorelines is exciting until you arrive, and realize the novelty has disappeared.

When I’m out exploring, I want to see more than the famous landmarks, with their crowds of tourists clad in fanny-packs and sunhats, plastic bags of souvenirs dragging behind loud children begging for ice cream. I want to know what it feels like to live in a place. To wake up there, to breathe in the air, to spend a day off or to get some work done. I crave the novelty of the mundane in a foreign place- what is like to buy groceries here? To go for a walk, for coffee, read the paper? Who are the people that live here? I want to know the things we share and the ways we differ.

I want to get a feel for the rhythm of a city, the heartbeat of its society. I want to know if the alleyways frighten you when you come home from work late, or if you, like me, stop to pet the cats as you walk.

Of course as a visitor it’s impossible to grasp the roots of a city- that’s a passion project that could take years. But… I want a taste. Why go anywhere if you’re going to spend your time bouncing between hotels and attractions designed for tourists, at arms’ length from a city with it’s own life?

That’s why I walk through cities, or run them. I like being in motion, feeling part of a place instead of an observer. So the first morning of my stay here, I got up, brushed my teeth and picked a direction.

Athens is hills, and I love it. Crooked streets bend up and down, defying the simplicity of the grid they’re laid out in. There are stairs that crouch between roads crowded with squat cars and motorcyclists who make no distinction between the sidewalks and the streets. In one moment you’ll be staring across the hills of the city and the white rooftops that brush the low-hanging sky… and the next you’ll be surrounded by a handful of small shops and one-foot-in-front-of-the-other sidewalks without a clue which direction is which.

In this way, entirely on accident, I ended up at the Acropolis.

More accurately, I ended up at the bottom of it and had to decide whether to join the throngs of tourists making the pilgrimage up, or to find something less crowded to do.

But as I can’t say no to a good hill, I climbed, and it was beautiful. I did not spend money to join the crowds to enter the actual area, but there’s a hill nearby with stunning views and a labyrinth of surrounding streets to explore.

I don’t like to read blogs or novels that give play-by-plays, though, so I’m not going to write that way. For a list of what to do on your next visit, check Google. There are some fun videos on Youtube.

Just keep reading if you want to hear what Athens is like.

I know each city has a different meaning to each person who visits. Isn’t that amazing, though? That cities have enough of a personality to tie themselves uniquely to each soul that saunters across their threshold.

Athens in the morning is quiet, sun blurred beyond a dusty horizon, women chatting across narrow streets from the 4th floor as they bring in laundry from the clotheslines on their balconies. There’s a constant haze of dust across everything- the sky, my white shoes, the edge of my balcony. I wonder where it comes from.

Coffee shops are more numerous here than anywhere I’ve been save Seattle, and I’m in love with this city for it. There are espresso shops and bistros, cafes and gyro or souvlaki shops on bustling corners next to kiosks selling magazines and junk food, traditional Greek coffee houses and a handful of Americanized chains. But in all of these places you can sit down with a coffee, cigarettes if you smoke, and stare for hours at nothing. Old men shake out tattered papers, gaggles of youth gather after school, couples lace hands and sip together, people pull books out of bags and lean into them…

Whichever direction you go, there are mountains in the distance, and if you climb one of them you can catch a glimpse of the distant sea, like a mirage in that desert of sand-colored rooftops.

Greek sounds like everything, and because of that it can be maddening to not understand the words people say to me. It’s the rapid flow of Spanish; the clicking, rounded cadence of English; the musical lilt of Italian. Even the letters in the alphabet are familiar, like I should know them- until the letters I recognize make sounds I don’t expect.

Much of Athens reminds me of Paris, especially the pharmacies. If you’re American, the word probably conjures images of the Rite-Aid counter where your mother-in-law goes to pick up her husband’s medication. But in France- and, I know now, in Athens- pharmacies are tiny businesses of their own, marked by glowing green crosses, where you can purchase anything from band-aids or shampoo to high-end French or Korean beauty products. I ask the women behind the counter if they have any Caudalie products I can fit in my carry-on, and they produce a tiny bottle of facial mist. “It smells like red wine,” they say, which I suppose is a selling point. They show me a lotion that’s supposed to smell like the sea.

Luckily I’m able to speak to most people because as soon as I murmur “hi” they switch to English. The interesting part is that it’s not until I speak that this happens.

When I travel, in all honesty, I prefer to remain in silence. I dislike being recognized as a visitor, transient. It shifts the way you’re treated, for better or worse, in so many situations. When I travel I have the advantage of German heritage, a blended European face, and a way of dressing that doesn’t match up to the American stereotype. I am protected by this until I open my mouth. I’ve been asked if I’m German, Russian. Fellow American tourists have asked me for directions in Paris. Quiet, I am able to seek out the truth of a city- vocal, I am often presented with a facade.

Trying to explain where I’m from is hard, too, I’ve learned, because I can’t say I’m from Texas, despite having been launched into the sky last week from Houston. No, I’m from Seattle, the hometown I could write novels about and walk blindfolded. Seattle is the city that shaped me, the box under the bed containing my childhood memories, the hills and water of my ascent into the world of running. Houston- not even in the city, only near it- is simply where I live.

When people ask you where they’re from, you’re expected to know the place. So when I’m asked, I say Seattle, because I can’t tell you much about society in Houston, am not as familiar with the culture of Texas as I could be. Sometimes I say “y’all” on accident now, and I smile in the street when people pass (which in Athens has elicited some double-takes from locals, like they’re wondering whether or not I should be hospitalized- people here are friendly, but not Texas friendly). But I still don’t get why the Astros are such a big deal (I know that statement is going to get me in hot water when I get back). I wouldn’t know how to show Houston to a visitor, not the same way I’d know to tell someone headed to Seattle to check out Tom Douglas’s Lola for brunch, to run across the bluffs at Discovery Park, to sneak up into Storyville above Pike Place and wait for chocolate cake.

So… I say I’m from Seattle.

Anyway. Athens is beautiful and dirty, as so many places. I appreciate this contrast. This is a place rich with history and culture and yet there is lack, there is poverty. In short, Athens is like most big cities I’ve visited, with the distinction of history only European cities claim so well. It’s a good place to go and get lost, a good place to go find yourself… Athens is a good place to gaze into the sunrise and wait for a new day to begin.