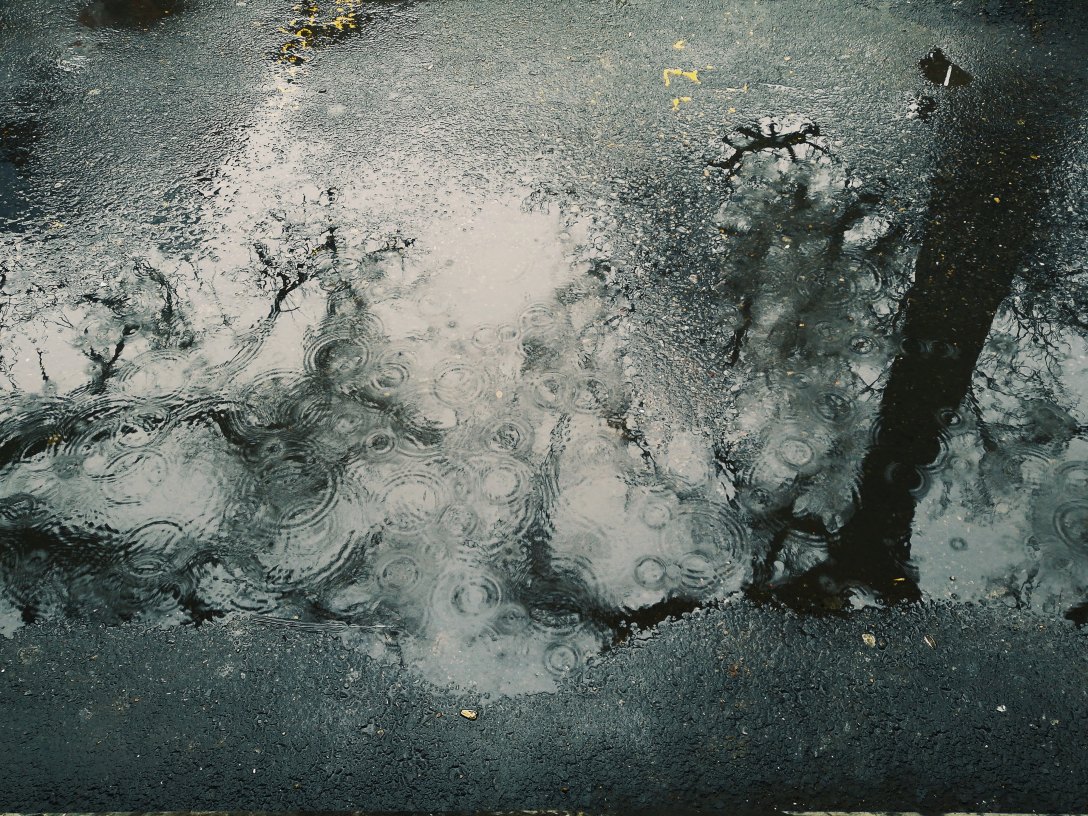 How do you react when the forecast, prior to your run, predicts rain…?

I smile, and wait for the sky to break open. 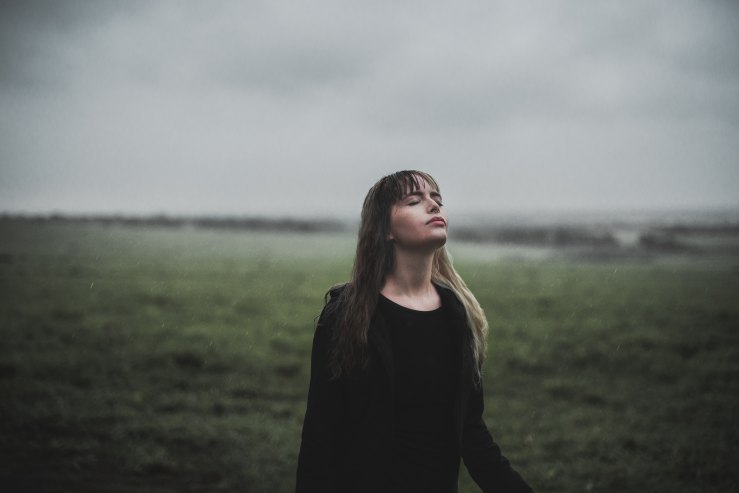 Nothing feels so pure as the challenge weather often poses us.

Running in the rain is best when you are emotional, when you want to feel something and you want it to be intensified.

It’s never going to be “easy” by simple definition. Most of our ideal running weather consists of some sunshine and a light breeze, something we don’t have to put on extra clothes for, something that doesn’t get too much in our way.

Once you’re out there, though… it’s amazing.

Rain sinks into your skin, your clothes, slides down your body in tiny rivers. Mud splatters up onto your calves if you run too far into the dirt, land on the deeper edge of a puddle. Water slips off the ends of your hair and flies behind you, dramatic. Your clothes start to cling to your body, hanging from your bones and your soggy feet squish into your shoes further with each step. Do the fat droplets splattering on the bridge of your nose distract you? Too bad. You are here, you are in this moment and you are as alive and involved as you can be right now.

Music to run in the rain to: the Tron soundtrack by Daft Punk.

(because the right music can turn any activity into something transcendent)

One of the best runs of my life was a 16 miler last year when Seattle was freaking out about storm warnings.

I wasn’t about to miss a run because of some silly old storm.

When I lived in Singapore I ran in true storm weather, under brilliantly grey skies flashing with lightning and exploding with thunder.

As intense (and probably dangerous) as those runs were, Seattle’s storm was a different experience.

I ran from my home, downtown near South Lake Union at the time, around the lake and through Fremont until I reached the marina and Golden Gardens. It was about 8 miles from where I lived at the time, a simple out and back, a pretty route on any regular day.

The only thing I noticed at first was the rain. pouring buckets at a surprising rate. Despite Seattle’s reputation for being an incredibly rainy city, what we really got a lot of was heavy mist type rain. Not really fog, just a constant wetness. Not this crazy, instantly-soaked type stuff that I’m experiencing again now that I live in Houston. Anyways, I digress…

I was wearing black running tights, my most blister-proof socks and three layers, the outermost of which was supposed to be waterproof. I had gloves and an ear-covering headband on, and a pocket full of Gu. I was prepared as I was going to be- just another rain run, just a bit of water. Water dries.

Little did I know.

Within two blocks, I was soaked through, I kid you not. This had never before happened to me in Seattle, despite having spent ages there.

I laughed to myself throughout the first mile, anticipating a little bit of rough going later but more just astonished at how quickly the rain had sunk through every layer of my clothing.

As the miles went on, my laughter dissipated and my expression began to shift between disbelieving amusement and grim recognition. This is how it was going to be. Wet. Cold. Hard.

It was dark, too-  the kind of ominous dark that in novels always serves as a disaster warning, the kind of weather a ship would stay in harbor for. The worst that was going to happen to me, of course, was that I’d get wet and maybe earn some blisters. But the beautiful thing was the way it felt, as close as I was going to get to an adventure on that day.

And an adventure it was.

When I reached Golden Gardens, there was no one around. I mean truly, not a soul. On a regular day, even on a sub-par day, this park alongside the water is usually packed with other runners and outdoor enthusiasts. This drastic shift away from our normal weather had kept even the most adventurous souls indoors. Maybe they just had better things to be doing.

The sky and the sea and the sand were all the same deep grey, and the only sounds were the wind, shoving trees from side to side; the waves, crashing higher than I’d ever seen at this tranquil little beach. And it was beautiful. I stopped thinking about how numb my fingers and toes had gotten, how chapped my lips were growing. The shivers that were occasionally running over my body were redirected beneath the surface of my consciousness. Why pay attention to the little things like that when you are presented with mother nature in all her glory?

Ultimately, when I turned to run home, it was with new energy, feeling refueled by the experience.

I felt like a warrior, strong and limber. I felt like I’d pushed through something, spent some time truly alone with myself and seen that in front of no one, I was still as tough as I’d hoped I was.

Technically, it was just rain. Wind and dark skies.

Emotionally, mentally, it was something to return home from. A story to tell.

When I got home (finally, exhausted, 16 miles later) I threw all my soaked clothes into the wash, showered the mud off and fell into bed with a mug of hot chocolate…. how much better does that feel when you’ve gone out and pushed yourself? To come home and get warm and dry. It’s the most peaceful feeling in the world.

We are so limited in our day to day lives. We live so small, at our desks and in our cars. How often do you really feel like you are living this one life you have?

A run in the rain is an easy way to remind yourself you’re here, alive and in the now.

I suppose all I can do is recommend you try this for yourself. The next time you groan at the weatherman announcing rain on television, pause for a moment. Ask yourself if you’re ready for a little adventure.

Then go for it.

“just running” in the rain vs. performing:

What if you’re not just going for a run- what if you need to perform, you’ve got a race or a workout… and it’s pouring and wet? Here are some important things to keep in mind…

1. Wear the right clothes! A snug running hat or visor helps to keep rain off your face for vision. This holds especially true is you wear contacts and don’t want them to become irritated. Whatever you wear is going to get wet, but a lightweight waterproof jacket can help slick a good portion of the rain off your body. Make sure everything you wear is moisture-wicking (which if you’re wearing standard running clothes they should be anyway…). Wear thin moisture-wicking socks (I recommend Balega). And if you’ve got long hair, secure that ponytail!

2. Follow the same hydration plan you would if it were dry. I know you don’t want to add any more water to your day but unless you’re drinking the rain, you still need to hydrate as normal.

3. Accept that the weather is what it is and you just need to execute your race plan. Look at Des Linden’s Boston win: she won because she didn’t let the weather stop her. Ultimately, if it’s gonna be wet and awful, you might was well embrace it and think of it as an adventure. Enjoy the mess. Enjoy the mud. Run your heart out.