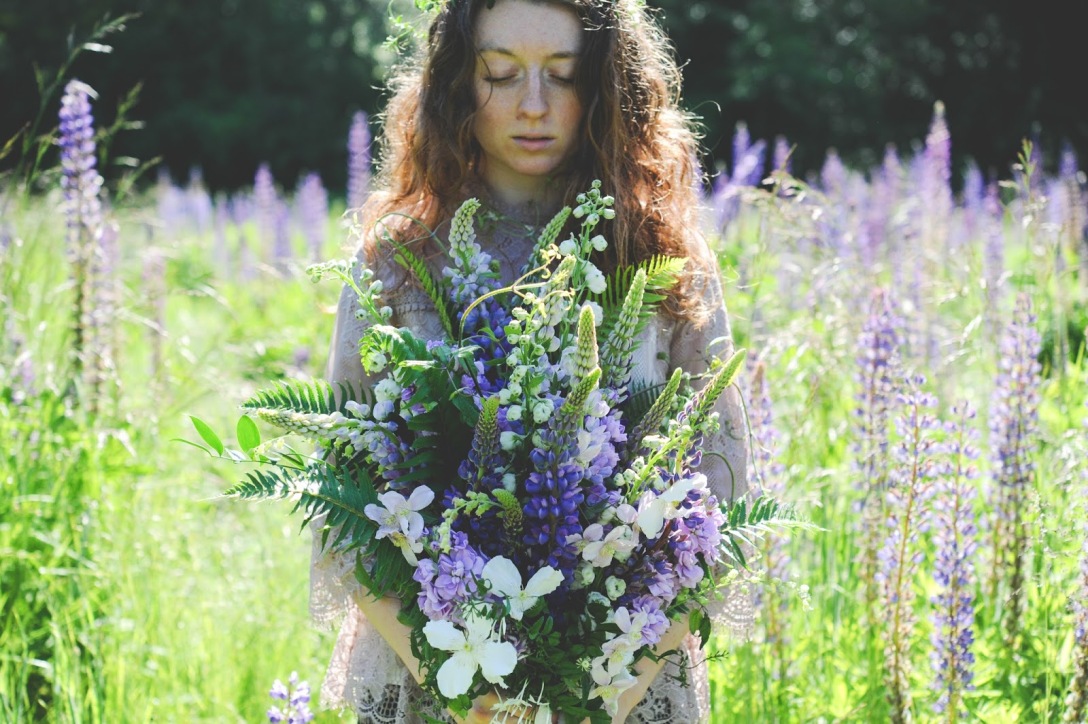 When I was young, my grandparents read to me.

I recall certain stories time and again in the nuances of their voices, the personas they would take on for each new character. I had to ask my grandfather what he meant when Brer Rabbit threatened to give the Tar Baby “a lickin'” in one of Uncle Remus’ stories, but never tired of the racous Southern accent he only aqcuired during those bedtime readings.

My grandmother read gentler stories to me, Blueberries for Sal and old folktales- I remember a story about a girl who rode wild horses, another about a Chinese woman who followed a rice dumpling into great caverns beneath the earth.

Most of all, I remember a story that I always referred to as “the lupine lady”, though it’s actual title is “Miss Rumphius.” 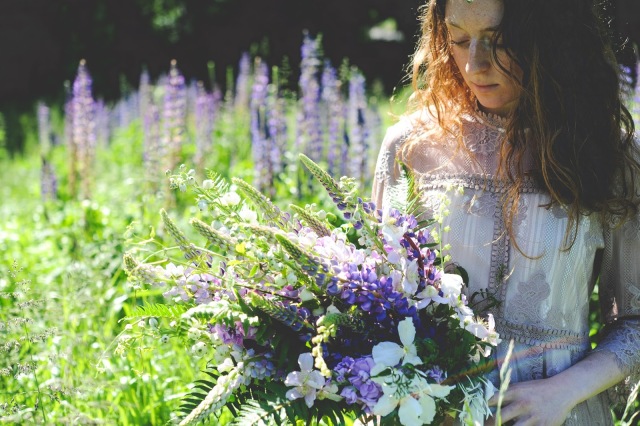 Miss Alice Rumphius, the star of this tale, grew up wanting to be like her grandfather, travelling the world and living by the sea. Her grandfather told her she should do just that, as long as she remembered to do one other thing.

She must find a way to make the world more beautiful.

She ends up doing as she desires, travelling and exploring the world, until she hurts her back and finds a home by the sea. She grows ill and is stuck inside, but her mood is brightened by the lupines she sees from her window. When she heals she spreads lupine seeds around the countryside and watches them grow over the years for the enjoyment of all, delighting in fulfilling her grandfather’s wish. 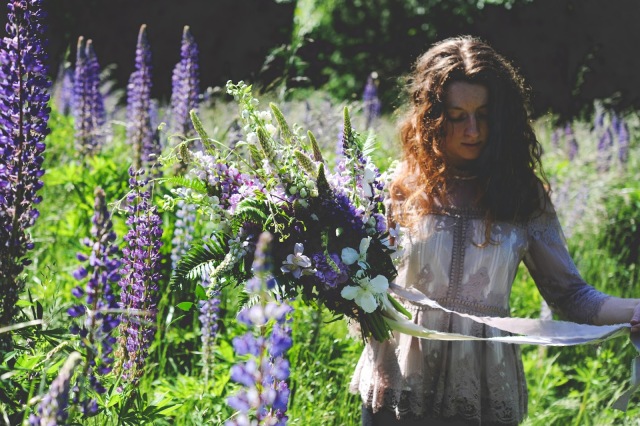 I remember wandering around tossing my very own lupine seeds throughout my childhood, enchanted by the idea of them popping up all over the place as soon as I looked away. It became common in my family to point out lupines every time we saw them on a walk, or peering from car windows on a road trip.

As a child, though, I missed the greater meaning of the story- that we should all make it a point to give the world something beautiful. To leave a legacy that isn’t related to money or fame, just something that makes this world more pleasant to live in.

It just has to be something beautiful, and it can be as simple as a handful of lupines.

Thank you so much to Lilly of Colibri Blooms, who invited me to a prance around in a massive field of lupines with one of her devastatingly beautiful bouquets, and Seattle Urban Farm Company‘s Hilary Dahl, who was the photographer for our impromptu lupine-filled morning. Check out Lilly’s Instagram @colibri.blooms for more breathtaking flower arrangements and @seatleurbanfarmco for more of Hilary’s photography.

How will you make the world more beautiful?